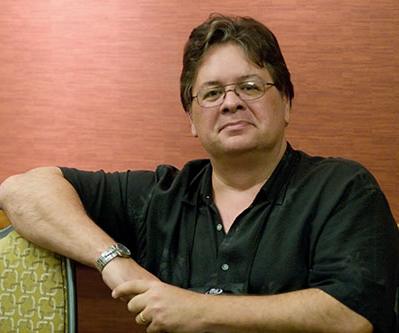 “So, what are you working on?”

When people find out you’re a writer, they tend to ask this question a lot. Sometimes I’m glad to answer: “I’m working on my fourth Jack Keller book,” or “I’m working on my sci-fi vampire space opera.” Other times, the question makes me flinch, because the project’s at an early stage where I’m not really quite sure what the heck it is yet, and it feels like if I say something out loud, it’ll congeal into something unformed and unready, like an experiment that comes shambling out of the lab too soon as something grotesque and horrible.

Lately, however, I’ve had to answer that question “nothing.” Because I haven’t been writing any fiction at all. I’m writing my weekly newspaper column, but that’s about it. Looking back, it’s literally the first time I’ve been able to say that  in the last ten years. I’ve always had some project in the works. Oh, sure I might have been procrastinating on it, but for the past ten years, I’ve always at least had something to feel guilty about not writing. So why am I on hiatus now?

Well, every time I finish a book, I always say it’s the hardest thing I’ve ever written. This one, however, really took it out of me. To begin with, I accepted one of the shortest deadlines I’ve ever had, because I really wanted to work with Jason Pinter and his new venture, Polis Books. I saw that Jason was not only putting out some exciting new stuff, he was also doing reissues of great, neglected works like the ones in Dave White’s Jackson Donne series. So when he responded to my query asking if he would be interested in re-issuing the Jack Keller series by shooting back “would you be interested in writing a fourth one?” I said, “oh, HELL yeah.” After all, I’d had a fourth one in the works when I parted ways with St. Martin’s. So all I had to do was dust off the old notes and the 10,000 or so words I’d written as a starter and it’d be smooth sailing all the way, right? I think I may have even said the words that have gotten me into the most trouble of any throughout my life: “how hard could it be?”

As always, the answer was “harder than it looks.” Getting back into Jack’s head was more difficult than expected, especially since the events at the end of SAFE AND SOUND left him kind of a wreck. The other characters didn’t seem to want to come alive, either. But slowly, they did, and things proceeded as well as can be expected for a first draft.

Then, right before Christmas, my father died. I don’t want to go into too many details, but he did not go easily or painlessly. It was, in fact, thoroughly emotionally shattering for everyone concerned, and getting back to the computer after grueling hours at the hospital with my mom proved to be impossible. Then, when that was finally over, it was (oh joy) the holidays, and then at the first of the year, I launched into a busy trial schedule at the day job. But finally, I pulled it together, got back on the horse, pulled a lot of long writing and revising sessions, and managed to stumble to the finish line, or at least eke out a decent draft, which I turned in only three weeks late. It’s the first deadline I think I’ve ever missed. When it was over, I was drained, emotionally and creatively. I needed a break, and the rest of life wasn’t giving me one, so I took one from writing while waiting for my editor’s notes to get back to me. That process has taken longer than expected (for what turned out to be some very exciting reasons), so the hiatus went on longer than expected as well.

So what have I been doing while not writing? Well, I’ve read a lot. Watched a lot more TV than I usually do. Walked the dog. Played a lot of computer games I haven’t played in years. Probably drank more rum than is strictly good for me. Eventually cut back on that. In general, though what I’ve mainly been doing is feeling kind of aimless, restless, bored and oddly anxious, as if I’ve forgotten to turn the stove off or as if I can’t remember where my car is. I guess I’m one of those people who writes because not doing it is like having an itch you don’t scratch.  So I suppose it’s time to get back to it.

Thalians, guests, and others: how do you typically react to the question “What are you working on?” And while we’re on the subject, what ARE you working on? What’s your longest hiatus, and what are you like when you’re not writing?

Welcome to the official blog for Thalia Press Authors Co-op (TPAC). TPAC is a consortium of writers who write crime fiction and have enjoyed successful traditional print careers as authors. Most of us are now bringing our backlists and select new titles out in e-book format at affordable prices. When you buy an e-book written by a TPAC member, you are guaranteed a good read by a proven author with a track record of great plots, great writing and a solid base of reader support. We hope you'll give us a try, post reviews of the books you like in places where readers gather, and stop by here often to join us on our blog! Check out our author pages for more on each TPAC member as well as a list of places to buy our e-books in various formats.

Our Books & Where To Buy Them: